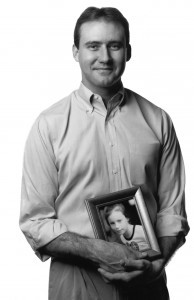 Child abuse kills nearly five children every day in the United States, and last year in Broward County alone, 2,600 children were removed from their homes for their own protection and placed into the custody of the state. As a community it is our civic duty to look out for one another and understand the signs and effects of child abuse.

Long term effects of child abuse can take on many forms. One thing we know for sure is that the memory of abuse does not fade with time, but instead it becomes a long lasting struggle psychologically, physically and emotionally. In addition child abuse is not only affecting families but also our society as a whole. Take a look at some of the numbers…they are staggering.

Childhood abuse or maltreatment causes poor mental and emotional health in adulthood. According to a study found on childwelfare.org, roughly 54 percent of depression cases and 58 percent of suicide attempts in women were connected to adverse childhood experiences.

Studies suggest children are more likely to take sexual risks as they reach adolescence, which increases their chances of sexually transmitted diseases. In addition, child abuse and juvenile delinquency have a strong correlation. According to this study, children who experienced abuse are nine times more likely to become involved in criminal activities as they grow into adults.

According to the CDC, the cost of child abuse and related fatalities totals $124 billion in one year. In addition to saving lives,child abuse and neglect prevention strategies can save taxpayers $104 billion per year according to Prevention Child Abuse America. As you can see, child abuse not only affects our youth, but it also affects health-care, human services, educational systems and society as a whole.

Are you ready to stand up against child abuse? Visit our website to find out how you can start making a difference right now. https://voicesbroward.org/

Voices for Children of Broward County Helps Foster Children Head Back to School in Style
August 20, 2020